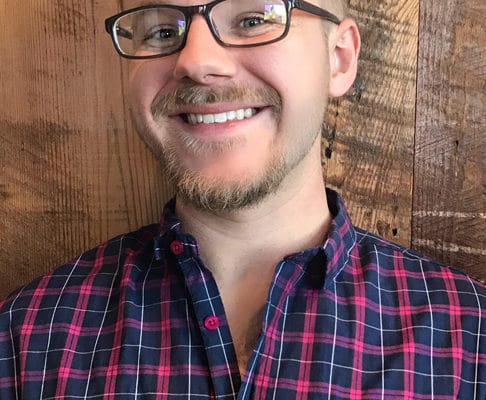 Edward Charles Kluttz III (Charlie) was born and raised in Concord, North Carolina. Kluttz graduated from Concord High School in 2010 and moved to Winston-Salem, NC to study Vocal Performance at the University of North Carolina School of the Arts. While at UNCSA he studied under the direction of Glenn Siebert, James Albritten, and Steven LaCosse. In 2011 Kluttz began performing roles in local community theatre such as: Hero (Forum, Little Theatre), Professor (South Pacific, Piedmont Opera), and Lucas (Addams Family, Theatre Alliance).

In 2012 Kluttz began music directing shows in the Winston-Salem area. Music direction highlights include: La Cage Aux Folles (Theatre Alliance), Yes, Virginia (Little Theatre), Billy and the Golden Pencil (Peppercorn Children’s Theatre), and extensive work with Spring Theatre from 2012-2015. While working in the Winston-Salem community he quickly developed a passion for teaching young artists and continues to do so today through various educational programs.

In late 2016 Kluttz joined the Yadkin Arts team as Music Director for the 2017 production of “Guys & Dolls”. Since then he has continued teaming up with Jessie Grant and Luke Miller to bring incredible live theatre to Yadkin County, most notably with: “Peter & The Starcatcher”, “Beauty and the Beast”, “The Addams Family”, and “Thoroughly Modern Millie”. Kluttz finds himself right at home with Grant and Miller as they continue to challenge, inspire, and empower members of their community through artistic enrichment.

Kluttz looks forward to continuing his work with the Yadkin Arts Council and the Willingham Performing Arts Academy. He knows that the most important task we are charged with is to inspire and prepare future generations to use the performing arts as a way of expression, communication, and empowerment. Kluttz considers himself blessed to be working with such a talented team and looks forward to the incredible work that is yet to come.